While the primary mission of DRACO is to enable fast transit time between Earth and the moon, the development of nuclear powered spacecraft propulsion is also expected to open up deep space exploration to humans.

“This technology is an essential component of the new space economy,” said Tom Crabb, vice president of Sierra Space’s Propulsion & Environmental Systems group. “Faster, more fuel efficient propulsion and transportation systems support greater awareness of the cislunar space domain and broader exploration of our solar system. Theoretically we should be able to reach other planets nearly twice as fast with nuclear propulsion, placing less strain on the human body and the environmental systems needed for space travel.”

“We are really excited about the team dynamic with GA-EMS,” said Dr. Marty Chiaverini, director of propulsion systems at Sierra Space. “The GA-EMS reactor is smaller and more technologically advanced and Sierra Space brings extensive experience in developing and fielding mechanical, electrical and thermal conditioning systems that work reliably in space, as well as proven performance with liquid hydrogen-based rocket engines and liquid hydrogen turbomachinery.”

The NTP design will utilize a liquid hydrogen propellant heated by a nuclear fission reactor to provide two times the amount of energy than the most advanced liquid propellant rocket engine. Over the next 18 months, the team will define the system requirements such as power, weight, interfaces and control, and perform some subsystem risk reduction. Follow-on phases are anticipated to complete the demonstration system, leading to a flight test in 2025. 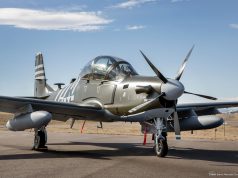 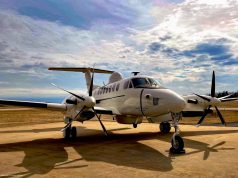