The Egyptian Navy has officially put into service 14 ships, and sunk two decommissioned ones, on the occasion of the opening of the new “Jargoub/July 3rd” naval base in the country’s northwest.

The sinking of the retired ships took place as part of the major annual naval exercise Qader 2021, which was attended by Egypt’s president Abdel Fattah El Sisi and coincided with the inauguration of the new naval base.

The July 3rd naval base will be overlooking the Mediterranean Sea and securing the country’s northern and western strategic borders as well as protecting its economic interests.

According to footage shared by Egypt’s defense ministry, one of the ships was sunk by an Exocet missile fired by FREMM frigate ENS Tahya Misr. Another was sunk by a wire-guided SeaHake torpedo launched by a Type-209 submarine.

The videos shared on official media channels show the entire range of exercises that took place over the weekend:

The ships that were officially put into service on July 3 include the two additional FREMM frigates Egypt bought from Italy in late 2020. The two new frigates will be carrying Aster 15 and Aster 30 missiles, DART and Vulcano munitions and Otomat Teseo Mk-2 anti-ship missiles.

A Type 209/1400 submarine was also among the vessels to join Egyptian Navy ranks, either the S43, which arrived in Egypt from Germany in April 2020, or the S44, which had been scheduled for delivery in 2021.

Other commissioned ships include a Gowind-class corvette, and 10 offshore patrol vessels and patrol boats delivered by Germany. 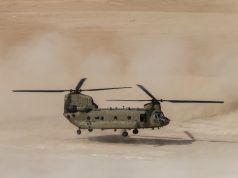 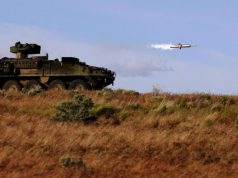 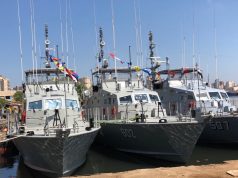