French official have reportedly decided to withdraw from a project that was supposed to develop a new maritime patrol aircraft together with Germany.

Dubbed the Maritime Airborne Weapons System (MAWS), the new aircraft, that was to be developed by Airbus and Dassault Aviation, would have replaced German P-3Cs and French Atlantique 2 aircraft currently serving in the MPA role.

According to a report from French newspaper La Tribune, France is now pulling out of the project. The reason for France’s decision is said to be Germany’s decision to purchase the Boeing-built Poseidon P-8A maritime patrol aircraft as an interim solution.

Germany was forced to acquire a stop-gap capability as it plans to retire the P-3C Orions over obsolescence and reliability issues by 2025.

As soon as Germany announced its decision to acquire five very capable Poseidon P-8As, military analysts started casting doubt over the fate of the MAWS project, despite the fact that Germany never stopped referring to the purchase as an “interim solution.”

Reportedly angered by Berlin, Paris is now considering a Plan B that would be based on Dassault Aviation’s Falcon 10X platform, La Tribune said.

The defense ministries in Paris and Berlin are still keeping mum on any decisions that may have been made in connection with the MAWS project. 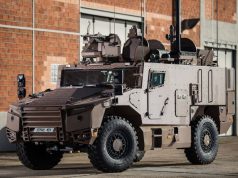