The Nordic Robotic Wingman will be based on Milrem Robotics’ Type-X RCV and will feature Kongsberg’s Protector remote turrets.

The first Nordic Robotic Wingman-concept was exhibited at DSEI 2021 in London, UK.

“Milrem Robotics and Kongsberg have agreed to jointly continue the development of the Type-X RCV by integrating Kongsberg’s systems to address the requirements of many countries interested in this type of technology, especially the Nordics and Western Europe, but also the US,” said Sverker Svärdby, managing director of Milrem Robotics’ Sweden.

According to Milrem, the Type-X provides firepower and tactical usage similar to a unit equipped with infantry fighting vehicles and gives mechanized units the means to breach enemy defensive positions with minimal risk to own troops. It can be fitted with a cannon up to 50 mm, anti-tank missiles and a tethered drone for continuous situational awareness.

“Kongsberg has a family of unmanned Protector remote weapon systems, ranging from the smallest RS2 RWS to the true IFV turret RT60 with anti-tank guided missile capability. Kongsberg’s solution provides the operator with situational awareness and a safe and secure network-based fire control that is fielded with the Norwegian Army and in delivery to the US Army’s RCV program,” said Arne Gjennestad, vice president of marketing and sales, Kongsberg.

Milrem Robotics’ Type-X is equipped with intelligent functions such as follow-me, waypoint navigation and obstacle detection with artificial intelligence being part of the algorithms. With the Type-X Milrem Robotics also introduces a feature called indirect drive that allows remote controlled operations on higher speeds.

Milrem Robotics has established itself as one of the the leading European robotics and autonomous systems developers. The company leads the iMUGS consortium that was awarded 30,6 million euros from the European Commission’s European Defence Industrial Development Programme (EDIDP) to develop a European standardized unmanned ground system (UGS). 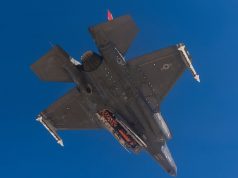 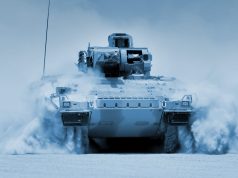 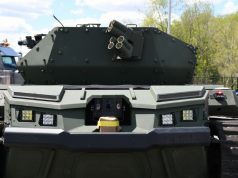