The Republic of Korea Navy has taken delivery of its second upgraded KDX-I destroyer, the ROKS Gwanggaeto the Great (DDG 971).

According to the Defense Acquisition Program Administration (DAPA), the lead ship in the class was handed over in a ceremony at the Jinhae Naval Base in Gyeongnam on October 22.

After spending over a year undergoing upgrades, the ship is now equipped with improved anti-submarine capabilities, ensured by a new towed array sonar system.

ROKS Gwanggaeto the Great (DDG 971) re-joined the fleet a year after ROKS Yang Man-chun became the first destroyer in the class to complete the upgrade. The two will be followed by ROKS Eulji Mundeok, which is expected to complete the performance enhancement upgrade December this year.

The Republic of Korea Navy operates three Gwanggaeto the Great-class, which were built between 1994 and 2000 and marked the start of South Korea’s transition from a coastal to a blue water navy.

They are succeeded by Chungmugong Yi Sun-sin class and Sejong the Great-class destroyers, the service’s first surface warfare assets equipped with the Aegis combat systems.

The country is currently also working a second batch of the Sejong the Great-class, or KDX-III Batch II, destroyers, with construction on the first ship already underway. 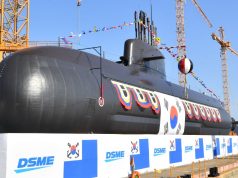 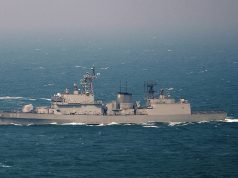 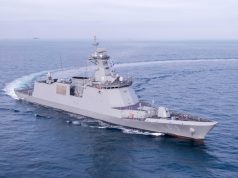