Italian shipbuilder Fincantieri has delivered the first of four Al Zubarah-class corvettes it is building for the Qatar Emiri Navy in a ceremony in La Spezia, Italy.

Qatar received RBNS Al Zubarah 20 months after it was launched in February 2020, as the first of overall seven ships ordered from Fincantieri in 2016 under a 4 billion euro contract.

In addition to the corvettes, Qatar will also receive two 63-meter offshore patrol vessels and a landing platform dock.

Also referred to as the Doha-class, the ships measure around 107 meters in length, and are equipped with a combined diesel and diesel plant (CODAD), with a maximum speed of 28 knots. The units will be able to accommodate 112 persons on board. Furthermore, the corvettes will be capable of operating high-speed boats such as RHIB through lateral cranes or a hauling ramp located at the far stern. The flight deck and hangar are sized for hosting one NH90 helicopter.

MBDA will be responsible for delivering missile systems for the ships, which, according to the vertical launch cells seen on an illustration of the Al Zubarah shared by Fincantieri, could include Aster 30 surface to air, and Exocet anti-ship missiles. MBDA is also delivering coastal defense systems to Qatar under a separate contract.

Fincantieri is expected to deliver all four ships in the class by 2023. 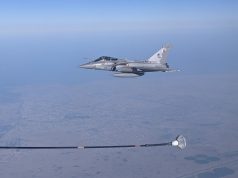 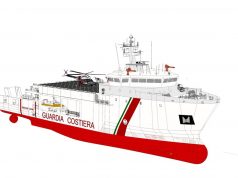 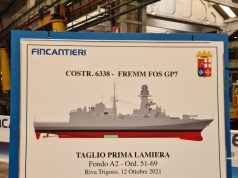