The US Special Operations Command (USSOCOM) has requested $264 million in its fiscal year 2023 budget request to buy nine aircraft for the Armed Overwatch program.

According to earlier plans, the service is expected to choose one of five solutions offered by five teams by this summer.

Special operators need an eye-in-the sky to look out for them as they operate in dangerous environments across the globe. And it’s not always practical for that overwatch to come from high-end combat fighter jets, which are better suited for countering threats from nation states.

“The budget … supports the Armed Overwatch program to ensure our SOF have the required support in remote and austere environments where they operate,” said Christopher P. Maier, the assistant secretary of defense for special operations and low-intensity conflict, during testimony on April 5 before the Senate Armed Services Committee.

“The investment into the Armed Overwatch program will ensure that this dedicated capability exists, allowing high-end fighter aircraft to orient towards other critical needs,” wrote Maier in submitted testimony to the SASC. “The Armed Overwatch platform will deliver a capability that ensures our SOF can continue to operate wherever we need them, whenever they are needed.”

The five teams competing for the potential delivery of up to 75 Armed Overwatch aircraft, including 15 training airframes, include a Leidos-led team with the Bronco II, L3Harris with the AT-802U Sky Warden, the MAG Aerospace with the MC-208 Guardian, Sierra Nevada Corp. and PZL Mielec with their MC-145B Wily Coyote and Textron with the AT-6E Wolverine.

“We are working with the Department of the Navy to ensure the integration of modernized SOF operational concepts and investments intended to facilitate access in denied areas and greater range for longer periods of time with less risk to the operator,” Maier said.

Maier told lawmakers this is the first year that both the Armed Overwatch and the Undersea programs have been formally designated as “special interest” acquisition programs.

“This ensures more comprehensive oversight so that any problems or issues may be identified early and rapidly remedied,” Maier said.

Also part of the budget request, Maier said, is continued funding to support USSOCOM’s most important asset, which are its people.

“As reflected in the FY23 budget, we continue to invest in the health and well-being of our SOF warriors and their families,” he said. “Our flagship Preservation of the Force and Families program, or POTFF, complements service-administered programs to address the unique physical, cognitive, psychological and spiritual health needs of our SOF community.”

Maier also thanked lawmakers for allowing the POTFF program to be extended to Gold Star families — the families of SOF servicemen and women killed while on duty. Congress made that possible through language in the National Defense Authorization Act for Fiscal Year 2022.

“This will enable the SOF enterprise to extend the POTFF family support program to our Gold Star families and embrace surviving families as important members of the SOF community,” Maier said. 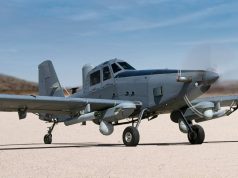 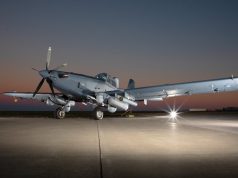 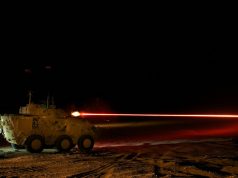