US Marine Corps snipers have started testing the new Mk22 Mod 0 advanced sniper rifle which they will soon be receiving.

US Army snipers began tests with the same rifle in September last year.

Produced by Barrett, the Mk22 incorporates a caliber-agnostic flash and sound suppressor. It allows users to customize the weapon to fit individual mission needs such as changing barrels and ammunition calibers at the operator level.

The Mk22 will replace all legacy M40A6 and Mk13 Mod 7 rifles, reducing the sniper rifle inventory from four to three, said Nick Berger, project officer for the Mk22 program.

The option provided by the Mk22 to switch barrels will give Marines the ability to configure the rifle to fire the .338 Norma Magnum, .300 NM or 7.62×51 mm NATO rounds.

Frazier said the increased range provided by the Mk22 and accompanying PDO will give snipers greater standoff distance from their targets, allowing greater survivability.

“Instead of having to learn multiple weapon systems, we just have one,” said Staff Sgt. Cruz Nuanez, a Scout Sniper Instructor with the Advanced Infantry Training Battalion, School of Infantry-East.

Nuanez said, reducing the number of rifles to learn about helps marines better hone their skills. Reduced training requirements also allow marines more time to focus on crucial tasks such as the interoperability of the different barrels, bolt faces, and the ballistic calculations between each caliber.

While the Mk22 rifle is heavier than the Mk13 and the M40A6, the consensus from test shooters was cutting down to one rifle has significant tactical and logistical advantages when carrying out missions.

Force Design 2030 places emphasis on the need for stand in forces to be frugal with logistics requirements, particularly inside enemy weapons engagement zones. The Mk22 provides the Marine Corps sniper community with a reduced logistical footprint.

“It’s definitely more efficient,” said Frazier. “Rather than putting one gun away and getting the next gun out, we can quickly change the barrels, and then we only have to carry ammunition and that extra barrel, not an entire extra gun and extra magazines.”

Mk22 kits will come with upgraded optics and advanced suppressors. In addition, the kits will include items like the visual augmentation systems and a one-time issue of a .300 Winchester Magnum barrel to ensure a smooth transition between current missions and training requirements, said Berger. Some Mk22 kits will come with a sniper-shooting tripod and laser filter.

To ensure the new system fits the needs of Marine Corps snipers, MCSC held an integration assessment range aboard Marine Corps Base Quantico. The program office invited instructors from all three Marine Scout Sniper schools and MARSOC, to test the new rifle, optics, suppressors, tripods, and other accessories for the Mk22.

While this is not a typical step in the process, Berger viewed the event as an opportunity for the participants to provide input before fielding.

“This event is a bit unusual for a program to do at this point,” Berger said. “However, it is important for us to make sure the sniper community has what it needs to be successful, and the timing of this event allows us to identify issues before fielding and to correct as necessary.”

During the integration assessment, shooters, project managers and support staff took detailed notes for data collection and refinement needs. Shooters kept logs detailing how the rifle handled with each barrel and caliber of ammunition. Data was also collected from chronographs, a tool that measures the round’s velocity as it leaves the barrel. Combined, the collected information will be utilized for making any alterations to the kits prior to dissemination.

The service explained that early feedback was positive for both the new gear and the ability to transition schoolhouse instruction to the new system seamlessly. Nuanez said course qualifications will remain the same and sniper students will be able to pick up on the new requirements easily.

“They are very user-friendly. It comes with all the tools you need and the tools are also user-friendly,” Nuanez explained. “Taking the barrels off and putting them back on, as well as the bolt faces— there should be no issue.”

Additional firing tests are scheduled through the end of the calendar year, with initial fielding slated for fiscal year 2023. 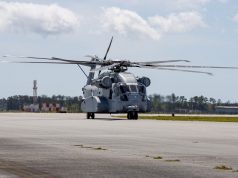 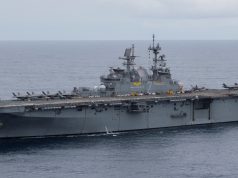