The contract is worth nearly C$800 million (US$632M) and will see BTCL extend the service life of the fleet of 85 CH-146 Griffon helicopters until at least the mid-2030s.

As the original manufacturer of the CH-146 Griffon helicopters, BTCL owns the intellectual property rights for the aircraft and is therefore the only company certified to assess and define necessary design changes and associated repairs to the aircraft.

The first upgraded helicopter is expected to be delivered in 2024 and the remaining airframes will be upgraded by 2028.

BTCL has established Team Griffon, a made-in-Canada solution for this project, which includes CMC Electronics and Pratt & Whitney Canada. Through the application of the “industrial and technological benefits policy,” BTCL has also committed to business activities that will ensure opportunities for the broader Canadian supply chain, including small and medium-sized businesses.

“I am pleased to announce this important contract award to Bell Textron Canada Limited to keep 85 Griffon helicopters in service, while supporting jobs here in Canada. Canadians take great pride in their armed forces, and it’s important to make sure its members have what they need to keep Canada safe and secure,” Filomena Tassi, minister of public services and procurement, said.

The project will also upgrade flight simulation and training devices to ensure alignment with the fleet modifications, and the provision of equipment and spare parts.

The CH‑146 helicopters were delivered between 1994 and 1998, and have since fulfilled multiple mission requirements, including tactical transport, emergency response, as well as search and rescue. 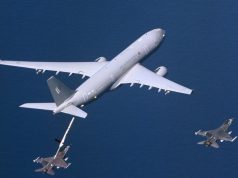 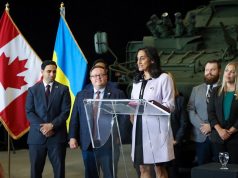