Australia will be paying French submarine naval designer and shipbuilder Naval Group €555 million (around A$830 million) for the cancellation of a contract for the construction of 12 Attack-class submarines.

The new government said its predecessor made the decision to terminate the contract on the basis of advice about capability requirements for the Australian Defence Force—advice that was accepted by Labor in Opposition.

To remind, Australia made a stunning revelation in September last year it would walk away from the delay-plagued A$90 billion program to buy 12 conventionally-powered attack submarines from Naval Group in favor of a nuclear-powered submarine solution that would be procured in cooperation with the United States an the United Kingdom.

At the time of the announcement of the AUKUS trilateral partnership that will enable Australia to procure the new submarines was announced, reports said officials estimated that Australia would have to pay around A400 million for the termination of the French deal. The settlement amount has now grown to A$830 million, as confirmed by the government.

“Now that the matter is resolved we can move forward with the relationship with France,” a statement from Australian prime minister Anthony Albanese said.

“Given the gravity of the challenges that we face both in the region and globally, it is essential that Australia and France once again unite to defend our shared principles and interests: the primacy of international law; respect for sovereignty; the rejection of all forms of coercion; and taking resolute action on climate change.

I look forward to taking up president Macron’s invitation to visit Paris at an early opportunity, and to continuing to work closely with him as we deepen the strategic partnership between our nations.”

Following the cancellation of the French deal, the Australian defense ministry announced it would be investing more than A$10 billion in a new submarine base that will be capable of supporting new nuclear-powered submarines.

The AUKUS framework will also see Australia work with the US and UK on hypersonic and counter-hypersonic capabilities, quantum technologies, artificial intelligence and autonomy, cyber and electronic warfare. 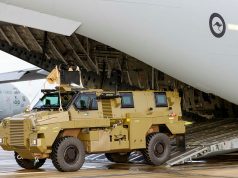 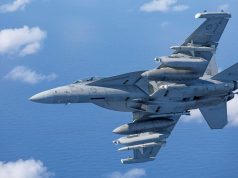