The US Missile Defense Agency has awarded Northrop Grumman a $3.28 billion contract for work on the next Ground-Based Midcourse Defense (GMD) Weapon System (GWS) program.

The contract will see the company design, develop, test, and field the Next Generation Interceptor (NGI) for the agency.

As the ground-based midcourse missile defense system, NGI is an advanced interceptor designed to protect the nation against intercontinental ballistic missile attack. NGI’s mission will be to protect the homeland against missile threats from rogue nations with a modern weapon system as an evolution of the currently deployed Ground-Based Midcourse Defense (GMD) system.

The contract that was awarded to Northrop on July 29 comes after MDA chose teams led by Northrop Grumman and Lockheed Martin for the program in March 2021. The contracts had an estimated maximum value of $1.6 billion through fiscal year 2022, and were structured to carry two designs into the technology development and risk reduction phase.

Boeing, who teamed up with General Atomics Electromagnetic Systems and Aerojet Rocketdyne for the program, was not selected to proceed to the next phase of the program.

“As the GWS prime contractor, we will continue to work closely with MDA to optimize and develop modern missile defense systems to defend against evolving threats and provide advanced capabilities for the warfighter,” said Scott Lehr, vice president and general manager, launch and missile defense systems, Northrop Grumman.

“GWS is part of Northrop Grumman’s land and sea-based missile defense systems that are enabled by our advanced missile warning and tracking space satellites. Together, we are delivering end-to-end capabilities that will protect the United States and its allies.”

In December, Northrop Grumman said it had completed the System Requirements Review (SRR) for the US homeland intercontinental ballistic missile defense system ahead of schedule.

According to the July 29 contract announcement, Northrop will be responsible for “the systems engineering, design, development, integration, testing, and fielding of GWS software and hardware meeting warfighter needs, new requirements (e.g. Next Generation Interceptor (NGI)) and evolving threats with greater reliability, availability, maintainability and testability than the current system.

Work under the contract is expected to be completed by July 2027. 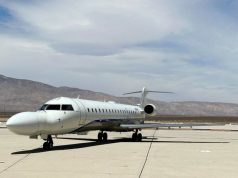 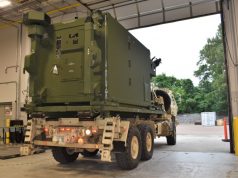