The Brazilian Navy commissioned its lead diesel-electric attack submarine Riachuelo (S40) in a ceremony on September 1 in Itaguaí, where she was assembled by state-owned shipbuilder ICN (Itaguaí Construções Navais).

The submarine entered service after launching in 2018 and starting trials on August 2020.

Riachuelo (S40) is the first of four submarines Brazil is building under a transfer of technology agreement with French shipbuilder Naval Group. The collaboration is the result of a 2009 agreement that will see Naval Group support Brazil’s construction of diesel attack submarines as well as provide design and manufacturing assistance for the non-nuclear part of Brazil’s first nuclear-powered submarine.

Fleet Admiral Marcos Sampaio Olsen, Brazilian Navy Commander of Naval Operations said the submarine force now has a class of quieter and more lethal submarines at its disposal, prepared to act in favor of guaranteeing the sovereignty of the Brazilian State.

“Characteristics such as a high rate of stealth, increased detection capacity and the time spent in the patrol zone, in addition to the accuracy and density in the acquisition of data in clarification and attack operations, make the arrival of the submarine ‘Riachuelo’ one of the most anticipated moments of recent years,” Fleet Admiral Olsen said.

The Scorpene submarines are joining the four Tupi-class (Type 209) boats that were delivered to Brazil by Germany between 1987 and 1999 and the Tikuna, which was assembled in Brazil and commissioned in 2005.

Heavier and longer than the Tupi-class, the Scorpenes have a length of 71.62 meters and a displacement of 1,870 tons. They are designed to be capable of anti-surface and anti-submarine warfare in addition to special operations missions. They are fitted with six torpedo tubes for either F21 torpedoes that are developed by Naval Group or the MBDA-made Exocet missiles. 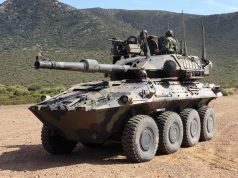 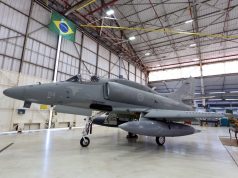