Engineering consultancy company BMT Defence and Security is offering its Caimen 90 craft for the Australian Army Land 8710 Phase One program that will replace the service’s old LCM-8 craft.

According to the company, the Caimen 90 offers greater speeds compared to previous craft, and is capable of traveling at up to 30 knots.

Additionally, the craft features a tri-bow aluminum monohull and a bow and stern ramp to allow for roll-on, roll-off capability.

Land 8710 is still in the development phase and requirements are yet to be fully outlined. What is certain is that the army’s new landing craft will have to fit inside the well decks of Royal Australian Navy’s two Canberra-class landing helicopter docks and be capable of transporting an M1A2 ABRAMS main battle tank. 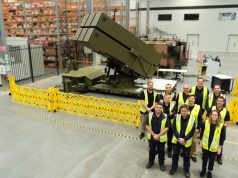 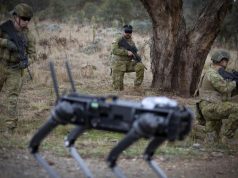