Three Croatian Air Force pilots have been suspended under suspicion that they transported an arms dealer in an air force helicopter.

According to local media reports, the police has also found significant amounts of munitions in the pilots’ homes.

The suspected illegal arms dealer was taken onboard a Bell 206 training helicopter after he entered the Zemunik Air Force base dressed in a military uniform. The flight took place while the pilots were on duty, the report further said.

The three pilots were described as seasoned flight instructors.

Croatian Air Force commander Mato Mikic said the case was an isolated one and that measures would be taken to prevent such cases from happening in the future, adding that the pilots had been suspended.

The Croatian defense minister has also condemned the behavior. 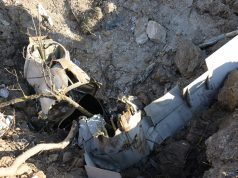