According to the company, the Czech Air Force has signed a contract for the acquisition of two additional Airbus C295 medium airlifters, bringing the total number of units on order to six. The aircraft, equipped with winglets and ordered in transport configuration, are due to be delivered in the first half of 2021.

Together with this agreement, an additional contract was also signed for the upgrade of the four C295s currently in operation with the Czech Air Force.

The two C295 ordered by Ireland’s defense department will be delivered in a maritime surveillance configuration.

With this new order, the Irish Air Corps will become the 33rd C295 operator worldwide. Both aircraft will be equipped with the fully integrated tactical system (FITS) and specific mission sensors together with the recently announced Collins Aerospace Pro Line Fusion avionics.

Previously produced by Construcciones Aeronáuticas SA (CASA, a Spanish aircraft manufacturer that is now part of Airbus Defence and Space), the C295’s production takes place at Airbus’ facility in Spain. It is used by both military and civil operators around the world. In addition to troop transport and patrol missions, the C295 can also be delivered in special versions such as gunship (close air support to ground troops, convoys, facilities, etc.) and optional self-protection equipment including cockpit armour, radar warning (RWR), missile warning (MAWS), laser warning (LWS), and chaff/flares dispensers. 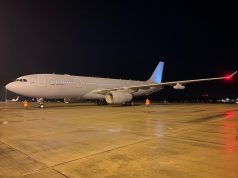 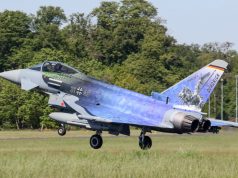 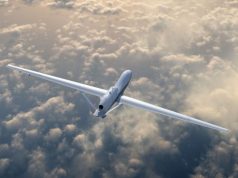