HMS Lancaster has returned home to Her Majesty’s Naval Base Portsmouth after completing a major refit.

Big-ticket items are a new Artisan 3D radar and improved air-defense capabilities provided by Sea Ceptor, replacing Sea Wolf missiles which only possess about half the Sea Ceptor’s range.

The hull was cleaned and coated with anti-fouling paint to prevent marine life attaching itself, the main 4.5in gun serviced, engines and machinery overhauled, new systems installed, and the bridge, messes and other communal areas revamped.

She returned to Portsmouth from HM Naval Base Devonport, having left home four years earlier to begin preparations for her refit.

Commander Will Blackett RN, CO, will take the frigate back to sea early in 2020 to start equipment trials and crew training.

“The timing makes it all the more poignant – four years and one day since she left, HMS Lancaster is home for Christmas and looking forward to rejoining the front line in the year ahead,” Blackett said.

The addition of Sea Ceptor will make HMS Lancaster more effective as part of a strike group, with the increased range of her air-defense missiles allowing her to defend not only herself but other ships within her umbrella against missiles and aircraft.

She will see out the remaining years of her service life as a Portsmouth frigate until replaced during the 2020s as the Type 31 class emerge from build.

A deal was signed by the Ministry of Defence with Babcock last month to enable that program to begin soon. 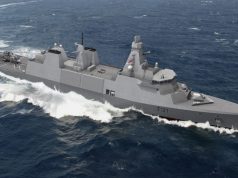 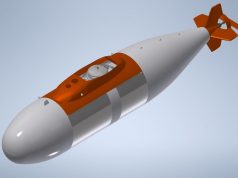 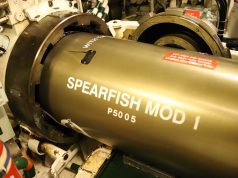