The Royal Netherlands Navy’s air-defense frigate HNLMS De Ruyter got underway from its Den Helder homeport on January 28 to take part in a European maritime security mission in the Persian Gulf.

De Ruyter is headed for the United Arab Emirates, from where the mission will be led.

In addition to the Netherlands, the mission is supported by Belgium, Denmark, Germany, France, Greece, Italy and Portugal. It is unclear, however, which countries will actually deploy naval assets to the region as Germany has already said that it did not plan to send its ships to the region.

According to the Dutch defense ministry, HNLMS De Ruyter will spend five months in the region, patrolling international waters and ensuring free passage for commercial shipping.

EMASOH was initiated after several incidents in 2019, including the kidnapping of UK-flagged tanker Stena Impero by Iran’s Islamic Revolutionary Guard Corps and several limpet mine and explosives attacks.

The mission was organized shortly after the US and the UK formed the International Maritime Security Construct, an international initiative tasked with providing security in the Persian Gulf and the Gulf of Oman. 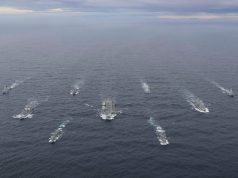 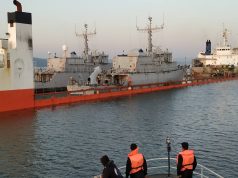 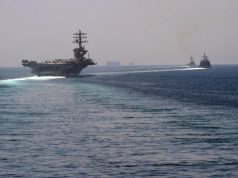