Russia is expected to place an order for the construction of its navy’s ninth and tenth Borei-class nuclear-powered ballistic missile submarines, according to local media reports.

Russia is expected to make an announcement on the contracts, which would go to the Sevmash Shipyard, at the Army 2020 forum taking place this summer, news agency TASS reported citing unnamed defense officials.

In addition to being boats number nine and ten, the two submarines will also be the sixth and seventh Borei-A (Project 955A) versions, featuring improved acoustics, deep-sea running capabilities and more modern combat systems.

The first three submarines in the class have already been commissioned while the first Borei-A unit, Knyaz Vladimir, has completed sea trials after being launched in November 2017. The submarine had initially been expected to be delivered to the navy in 2018, six years after starting construction.

The ninth and tenth boats in the class are to be laid down in 2021, according to the report.

The Borei-class submarines measure 170 meters in length, field 533 mm torpedo tubes and have the capability to carry 16 Bulava submarine-launched ballistic missiles that were first fielded in 2013 on the Borei boats. 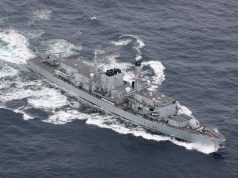 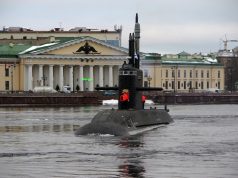 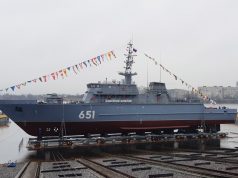