The US State Department has given its green light for the possible foreign military sale of Javelin missiles and Javelin command launch units to Poland.

Should the purchase, which has estimated value of $100 million, be realized, Poland will buy 180 Javelin missiles and 79 Javelin command launch units. Also included in the deal are basic skill trainers, missile simulation rounds, training, technical assistance, and other related elements of logistics support.

The anti-tank guided munition is made by the Javelin Joint Venture, a partnership between Raytheon Company and Lockheed Martin. First deployed in 1996, more than 45,000 missiles and 12,000 CLUs have been produced to date. 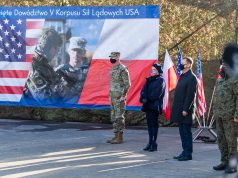