The Australian defense ministry is testing an artificial intelligence prototype that will help the country’s armed forces transform airborne search and rescue.

Now in its second phase of development, the prototype is a collaboration between the Royal Australian Air Force’s Plan Jericho, Warfare Innovation Navy Branch and Air Mobility Group’s 35 Squadron.

The system is highly portable and has the potential to enable any aircraft, including unmanned aerial systems (UAS), vehicles or vessels to become an improvised search and rescue platform, the navy said.

A recent C-27J Spartan sortie from RAAF Base Amberley off the coast of Stradbroke Island, with the assistance of the Australian Volunteer Coast Guard, helped evaluate the AI-search algorithm to recognize a life raft and other waterborne vessels. This sortie was the second of several phases to develop and evaluate this proof of concept.

The AI-search algorithms are being developed by budding machine learning expert, Lieutenant Harry Hubbert from the Warfare Innovation Navy Branch.

“During the sortie, we had a few GoPro sensors rigged up to detect a life raft and two algorithmic approaches working together to increase accuracy and the likelihood of a detection,” Lieutenant Hubbert said.

“This sortie was pretty challenging as the life raft was upside down, making it harder to see for both the human eye and the AI-search sensors.

“The sensors are trained to detect an orange top, rather than a black top, but the AI-Search still had a 70 per cent detection rate, compared to the human detection rate of around 50 per cent.

“The 30 per cent AI-search non-detections happened when there was low contrast between dark water and the black underside of the life raft, and the good news is that we had no false positives.”

Flying Officer Katherine Mitchell, piloting the aircraft as part of a search and rescue training exercise said that it was hard to see the upside-down life raft.

“We barely saw it 50 per cent of the time,” Flying Officer Mitchell said.

“AI-search is already picking up more than what we are seeing, it’s incredible and it doesn’t get fatigued.”

Wing Commander Michael Gan, Plan Jericho’s AI lead said that they are now taking their learnings, finding the strengths and weaknesses, and iterating the next version.”

“The next phase will involve testing different sensor and processor combinations in a range of environmental conditions, with the potential of testing on a range of aircraft, including UAS,” Wing Commander Gan said. 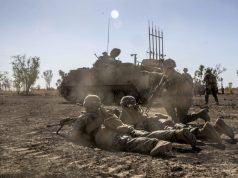 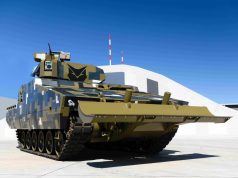 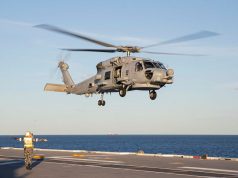