Delivered to the Lann-Bihoué French naval air station on April 24, the aircraft joins the first two units which were delivered in October 2019.

The modernization, referred to as the Standard 6, includes a new Thales Search Master with active antenna, and an acoustic subsystem to gather and process signals from air-dropped sonobuoys for submarine detection. Dassault Aviation has designed a new navigation console for the upgrade, while the consoles for the tactical display subsystem have been developed by SIAé.

The upgrade work is performed by Dassault Aviation and Thales (co-contractors), in association with Naval Group and in cooperation with SIAé.

A total of 18 ATL2s are being upgraded under a contract from 2013. Dassault Aviation will deliver a further four upgraded ATL2s in the period 2020-2023. In parallel, the SIAé aeronautical maintenance center will upgrade 11 aircraft.

The standard 6 upgrade will improve the ATL2s’ capability to deal with modern threats (future nuclear or conventional submarines, naval forces at sea, etc.) and to support air-land missions, until 2030. Atlantique ATL2s have been in service with the French Navy since the late 1980s. 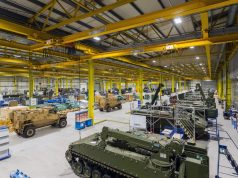 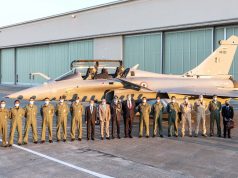 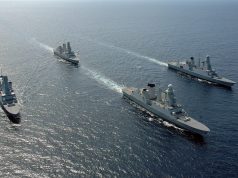