HMS Quorn, which was decommissioned in 2017, is the third vessel in the class to be sold to Lithuania. The first two units, former Dulverton and Cottesmore, changed hands in 2008. They became operational as the Skalvis-class in 2011.

Lithuania wants the newest vessel to deliver the same capability as the Skalvis-class, which it will operate alongside, meaning a significant upgrade program will be required.

There will be a competition launched for the contract, which could lead to two years of work for a company which has prior experience with the vessels. HMS Quorn is expected to be operational for Lithuania in 2023.

DE&S noted the sale would create a return and savings of £2.5 million for navy command, in addition to potentially securing a British-based shipbuilding company a contract for the overhaul of the mothballed ship.

“I am very pleased to see HMS Quorn move on to a new lease of life, in particular supporting the excellent working relationship that we have with Lithuania as our NATO ally, and potentially supporting British defense with the regeneration package once the competition for the refurbishment is launched,” Clive Walker, the Head of the Defence Equipment Sales Authority (DESA), said.

The Hunt-class vessels specialize in active mine-hunting. They use high-definition sonar to scour the world’s seabeds for mines and lost explosives, which are then destroyed by the ship’s clearance diving teams or mine disposal system. Four of the Royal Navy’s mine-hunters are permanently stationed in the Persian Gulf. 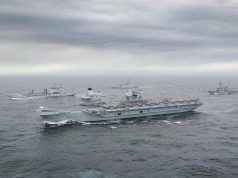 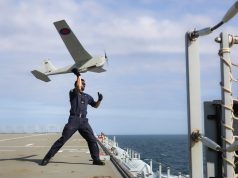