The US Air Force’s newest helicopter, the HH-60W Jolly Green II combat search and rescue helicopter, has reached another milestone on its path to first delivery to the service in 2021.

The Jolly Green II took off from the Eglin Air Force base, completing its first flight and combined test mission together with a US Army AH-64 Apache.

The Apache, from Redstone Army Test Center in Alabama, flew in for system testing with the HH-60W.

“The unique configuration of the AH-64 Apache gave our team the opportunity to test capabilities of the HH-60W in ways normally not possible here,” said Christopher Martin, 413th FLTS HH-60W lead test engineer.

“Tests like these will ensure the Jolly Green II will be able to perform its critical combat search and rescue mission when fielded in the joint warfighting environment.”

The flight came after the new helicopter completed an extreme testing campaign inside the base’s climatic lab in Florida this April.

The testing is being undertaken after the air force awarded Lockheed Martin a low-rate production contract for the first 10 aircraft in September 2019.

The service revealed in February this year that the fleet of planned 108 units would be known as Jolly Green II, following the tradition of the Vietnam-era HH-3E Jolly Green and HH-53 Super Jolly Green crews who pioneered the combat search and rescue mission. 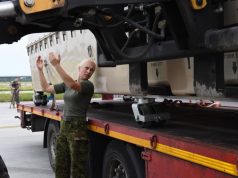 In a first: US deploys MQ-9 Reaper RPAS to Estonia 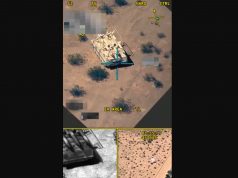 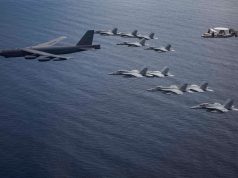