The first formation consisted of two Tu-95 bombers, accompanied by two Su-35 fighter jets and an A-50 airborne early warning and control aircraft, which came within 20 nautical miles of Alaskan shores.

The second formation consisted of two Tu-95 bombers supported by an A-50 and came within 32 nm. The Russian military aircraft remained in international airspace and at no time did they enter United States sovereign airspace.

“On several occasions, we have intercepted multiple Russian aircraft operating near Alaska and we will continue to do air patrols to protect the approaches to our nations,” said General Terrence J. O’Shaughnessy, NORAD Commander. “I offer that level of detail to illustrate the point we will continue to execute our homeland defense missions with the same capability and capacity we always bring to the fight. That does not happen by luck. It happens because we are taking deliberate – and at times, difficult – measures to ensure we are able to conduct our no-fail missions.”

Operation Noble Eagle is the name given to all air sovereignty and air defense missions in North America. NORAD is a bi-national command focused on the defense of both the US and Canada, the response to potential aerospace threats does not distinguish between the two nations, and draws on forces from both countries. 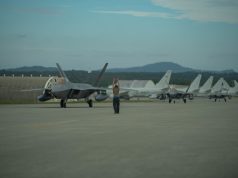 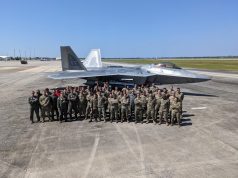 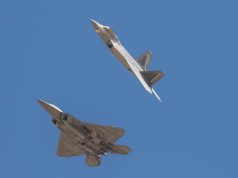