The US Space Force’s third GPS III satellite is now in orbit and responding to command following the June 30 launch aboard a SpaceX Falcon 9 rocket from Cape Canaveral Air Force Station, Florida.

The Falcon 9 lifted off at 4:10 p.m. ET, 20:10 UTC, and the spacecraft deployed approximately 1 hour and 29 minutes after liftoff. Following stage separation, SpaceX landed Falcon 9’s first stage on the “Just Read the Instructions” droneship, stationed in the Atlantic Ocean.

Following separation from its rocket, the satellite is using onboard power to climb to its operational orbit, approximately 12,550 miles above the Earth.

“In the coming days, GPS III SV03’s onboard liquid apogee engines will continue to propel the satellite towards its operational orbit,” said Tonya Ladwig, Lockheed Martin’s acting vice president for navigation systems. “Once it arrives, we’ll send the satellite commands to deploy its solar arrays and antennas, and prepare the satellite for handover to Space Operations Command.”

After on-orbit testing, GPS III SV03 is expected to join the GPS constellation – including GPS III SV01 and SV02, which were declared operational in January and April – in providing positioning, navigation and timing signals for more than four billion military, civil and commercial users.

“As a nation, we use GPS signals every day — they time-stamp all our financial transactions, they make aviation safe, they make precision farming possible, and so much more. GPS has become a critical part of our national infrastructure. In fact, the U.S. economic benefit of GPS is estimated to be over $300 billion per year and $1.4 trillion since its inception,” added Ladwig. “Continued investment in modernizing GPS – updating technology, improving its capabilities – is well worth it.” 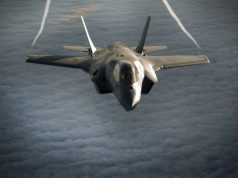 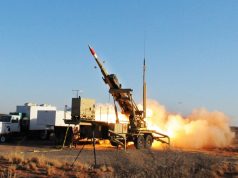 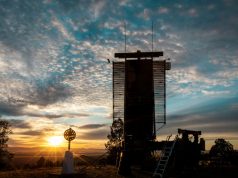