India’s Defence Acquisition Council (DAC) has approved the purchase of an additional 33 fighter jets from Russia in a decision that comes in the wake of the China-India standoff in the Galwan Valley.

The purchase would include 21 MIG-29s and 12 Su-30s, in addition to upgrades to 59 Mig-29 aircraft currently in service with the Indian Air Force.

The Su-30MKI fighters will be licence-built by India’s Hindustan Aeronautics Limited (HAL).

The acquisition and upgrade project is worth an estimated 18,148 crore rupees (approx. US$2.4 billion).

DAC also approved the acquisition of other equipment, including 248 Astra beyond visual range air-to-air missiles. India’s Defence Research and Development Organisation (DRDO) has also received a green light for the development of a new land attack cruise missile that would have a range of 1,000 kilometers.

“Acquisition of new/additional missile systems will add to the fire power of three services. While acquisition of Pinaka missile systems will enable raising additional regiments over and above the ones already inducted, addition of long range land attack missile systems having a firing range of 1000 Km to the existing arsenal will bolster the attack capabilities of the navy and the air force,” DAC said in a statement. “Similarly induction of Astra missiles having beyond visual range capability will serve as a force multiplier and immensely add to the strike capability of navy and air force.” 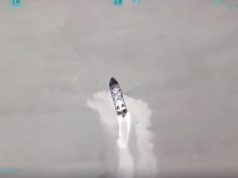