Israeli shipbuilder Israel Shipyards announced it has reached an agreement with an undisclosed African navy for the delivery of two OPV 45 offshore patrol vessels.

The company said the agreement included ongoing support and training of the technical and operational teams as well as the creation of a maintenance program within the framework of the company’s integration logistic support (ILS) services.

No financial details about the deal or delivery timelines have been revealed either. Israel Shipyards briefly commented that the vessels would provide significant naval protection assets against the increasing threat of piracy in the region.

“We believe that this vessel will make a significant contribution to maritime border protection in Africa,” Israel Shipyards Eitan Zucker commented. “Since the launch of the OPV 45 vessel at the IMDEX exhibition in Singapore last year, navies around the world have expressed great interest in this new vessel due to its cost-effectiveness and suitability for a wide range of missions.”

The OPV 45 design that will be delivered has a length of 45.7 meters, displaces around 300 tons and has a maximum speed of 24 knots, according to company specifications.

Israel Shipyards says the vessels are available in various configurations, and capable of handling a wide range of missions. 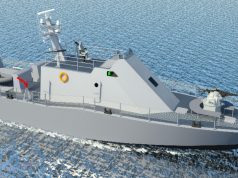 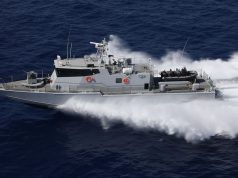 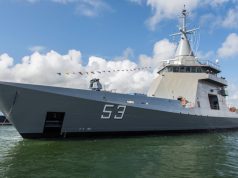