Belgium and Germany are looking to buy Raytheon-built Mk 54 lightweight torpedoes to boost their respective anti-submarine warfare capabilities, according to a US state department sale approval from July 9.

While the approval indicates that the countries have requested to buy the weapons, it does not mean a contract has been concluded. Quantities and contract values stated in these announcements are most often subject to change.

Belgium has requested to buy a total of 29 torpedoes and related equipment for an estimated cost of $33.3 million.

The Belgian Navy is phasing out its inventory of MK 46 torpedoes, and will use the MK 54 to engage submarines from its fleet of NH-90 helicopters and the new generation of multi-mission frigates.

Germany would use the torpedoes on its Orion P-3C maritime patrol aircraft, equipping them with an anti-submarine warfare (ASW) capability.

According to the US Defense Security Cooperation Agency (DSCA), the state department approved the sale of a total 64 Mk 54s to Germany, including ten Mk 54 conversion kits and related equipment. The potential purchase has an estimated value of $130 million.

“The proposed sale will improve Germany’s capability to meet current and future threats by upgrading the ASW capabilities on its P-3C aircraft. Germany will have no difficulty absorbing these weapons into its armed forces,” the DSCA said in an announcement.

The prime contractor in both sales would be Raytheon. 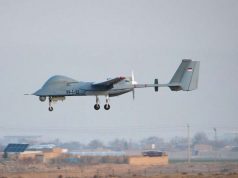 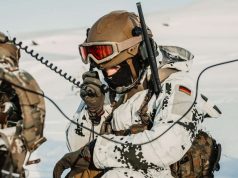