The Belgian-Dutch bilateral program for the procurement of next-generation frigates has experienced its first delay, even before an official contract for vessel procurement has been signed.

The Dutch defense ministry confirmed this on Tuesday, after the completion of the project’s design phase in cooperation with shipbuilder Damen and combat systems integrator Thales. The two countries will now begin a “procurement preparation” phase which is to be completed by the end of 2021.

According to current estimates, the lead ship is now expected to be declared operational in 2028, three years later than initially planned. The second of two frigates for the Royal Netherlands Navy is to be delivered a year later, while the two Belgian frigates would be delivered by 2030.

Belgium and the Netherlands are procuring a total of four frigates as a replacement for the ageing Karel Doorman-class frigates. The Netherlands is leading the procurement of the frigates, while Belgium is in charge of buying a common fleet of 12 mine countermeasures vessels.

According to the defense ministry, the new frigates will displace 5,500 tons, but will require a crew of only 110, thanks to the employment of a mission module concept. The ships will be equipped ESSM Block 2 anti-air missiles, Goalkeeper close-in weapon systems and a yet-to-be-developed torpedo system. The ministry added that a successor to Harpoon anti-ship missiles is also being acquired, without specifying which “successor” system that is. Boeing unveiled an improved version of Harpoon “next generation” missile in 2015.

While their primary role will be anti-submarine warfare, the new frigates will be equipped with Thales’ AWWS surface warfare fire control system that uses intelligent software to pool data from a dual-band X/S radar suite composed of an integral combination of active phased array radar (APAR) and sea master 400 radar technologies. 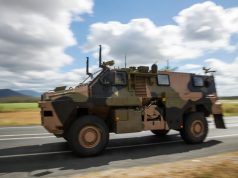 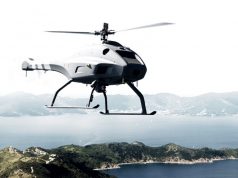 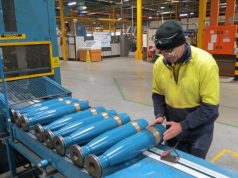