Swedish defense company Saab announced it has received an order worth an estimated $100 million for the delivery of Carl-Gustaf ammunition and AT4 systems to the US Army.

The order was placed within an indefinite delivery and quantity agreement signed in 2019, enabling the customer to place orders for Carl-Gustaf ammunition and AT4 systems during a five-year period to a value of up to USD 445 million.

According to the company, deliveries under the most recent order are to be completed by 2021. The AT4 systems and the Carl-Gustaf munitions in this order will be operated by the US Army, Marine Corps, and Special Forces Command.

“The Saab family of shoulder-fired munitions provides the US armed forces with effective capabilities against a wide area of targets. With these systems, soldiers and marines gain reliable, easy-to-use technology optimized for complex environments and engagements,” says Erik Smith, President and CEO of Saab in the US.

Since 1987, Saab has delivered more than 600,000 AT4s, both directly and under license, to the US Armed Forces. The Carl-Gustaf system has been a program of record in the US since 2013 and in 2018 the US Army announced it would acquire the latest version of the system – the Carl-Gustaf M4 (designated M3E1 in the US) with a reduced weight of less than 15 pounds (7 kilos). 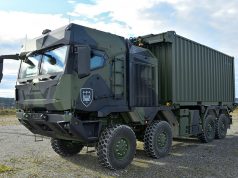 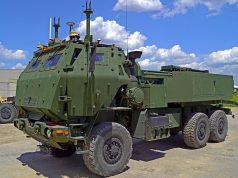