The company will begin construction of the two boats beginning this month and will take approximately 18 months, with the first boat due to be delivered in Q3 2021/22 and the second in Q1 2022/23. MST will also provide an additional four years of local in-service support.

The two new boats will replace the Gibraltar Squadron fast patrol craft, HMS Pursuer and Dasher. These two Archer-class vessels very recently took over from HMS Sabre and HMS Scimitar, the Scimitar-class vessels that had been in service in Gibraltar for 17 years.

Both boats will be used to patrol HMNB Gibraltar and British Gibraltar territorial waters (BGTW).

They will also support British exercises and operations in the area and will keep close watch over Gibraltar’s shores.

According to a graphic shared by the defense ministry, the boats will initially carry three multi-purpose machine guns, and be “fitted for but not with” 0,50 cal heavy machine guns. At a length of 19 meters, they will have a top speed of 40 knots and have the capacity to transport 6 personnel in addition to 6 crew.

“These new vessels will enable the Royal Navy to maintain the security of British Gibraltar territorial waters and protect British, NATO and allied ships transiting through the region,” defense minister Jeremy Quin said. 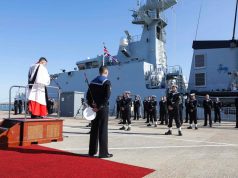 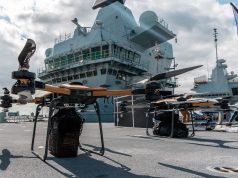 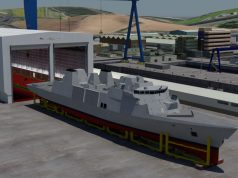