The movement is being conducted as part of the new United States Marine Corps Force Design 2030 guidance published by General David H. Berger, Commandant of the Marine Corps, March 2020. The 15-page document outlines a plan to modernize the Marine Corps in accordance with the National Defense Strategy, and doing so within the financial means available. It is also being conducted with respect for the history of the Corps.

Keeping fiscal restraints in mind, part of the Commandant’s directive was to use the more efficient and less expensive transport method for moving all of the equipment.

“Installations such as Camp Lejeune, North Carolina, Blount Island Command, Jacksonville, Florida, and Marine Corps Logistics Base Albany, Georgia will most likely be shipping their tanks by rail, as well,” Hildebrandt said. “Smaller locations that house tanks for MARFORRES will be making individual decisions based off of rail versus commercial truck use cost analysis.”

The tanks arrive from their various locations to MCLB Barstow by commercial line haul carriers. Once they arrive here, the Railhead Operations Group staff receives the tanks and verifies all documentation and shipping labels are accurate.

“Once that’s done, the tanks are immediately loaded onto railcars,” Hildebrandt said. “We have Marines from several units here to assist with the offload, on load, and securement of the equipment. The loaded cars will be stored on base until we have all tanks loaded and secured, then they will all ship out to the Army at the same time.”

As the Marine Corps changes from using the heavier tanks and M88s, there is a focus to increase capacities in other areas, such as rocket artillery batteries, light armored reconnaissance companies and active component unmanned aerial vehicle squadrons. 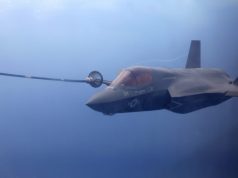 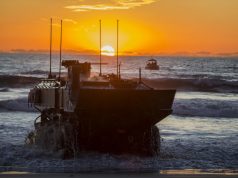 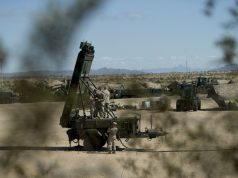