The US Air Force announced it has revised outdated procedures for testing the condition of aircraft batteries on the KC-135 Stratotanker and C-130 Hercules, preventing the premature disposal and replacement of batteries.

The batteries serve as the aircraft’s backup to power essential equipment should engine generators fail. To date, the Air Force C-130 and KC-135 fleets, more than 600 aircraft globally, operate with the batteries.

The Airmen from Rickenbacker Air National Guard Base, Ohio, and Tinker Air Force Base, Oklahoma determined that by updating the technical guidance and adjusting the required voltage and charging settings for specific processes, the legacy charging equipment can now sync with the modern battery and provide accurate test results.

Currently, a draft technical order is authorized for testing by select field and depot maintenance units, and the Air Force Research Laboratory expects to release a formal TO later this year. The team anticipates the update will decrease the rate of condemned batteries enterprise-wide, avoiding an estimated $463,000 in battery-replacement costs annually, while saving approximately 5,280 maintenance hours across the Air Force.

In mid-2017, depot personnel at Tinker AFB first discovered that the sealed lead-acid aircraft batteries, manufactured by Teledyne Technologies, Inc., were failing periodic maintenance tests at a rate three times faster than expected. As a result, Airmen were required to reject and replace them before the end of their service life.

The depot notified the 422nd Supply Chain Management Squadron and the AFRL Materials and Manufacturing Directorate, ultimately finding that the 121st Maintenance Squadron was having similar issues with the newly procured batteries.

According to Defense Logistics Agency data, procurement of battery replacements increased by 50% since the installation of the Teledyne battery.

“We noticed that we had condemned more batteries in six months, than we had in the previous year,” said Tech. Sgt. Jeffrey Frey, 121st Maintenance Squadron electrical and environmental specialist. “The battery is coded as an expendability item, so if they fail maintenance tests, they are thrown away – which requires us to complete additional paperwork and go through the discard and replacement process.”

According to Frey, if the battery fails the first test, it will be tested two more times before going through the condemnation process. While technicians can complete a testing cycle in approximately one day, the additional testing extended the process to nearly four days of maintenance.

While the batteries were not passing maintenance tests, their research found no evidence to support the notion that there was widespread malfunction during operations.

“None of the batteries were failing during flight or showing any physical defects. There was only an issue during maintenance,” Frey explained.

Through ground testing and data capture, the team discovered that the maintenance procedures were incompatible with the legacy model of charging equipment (Christie RF80-K), causing inaccurate test results. Working with Teledyne and subject matter experts, the team updated the technical interim instructions to sync with the existing equipment and successfully charge and maintain the batteries. The update required no physical modifications to the battery itself. 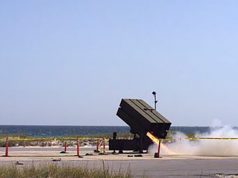 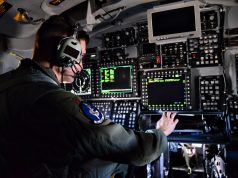 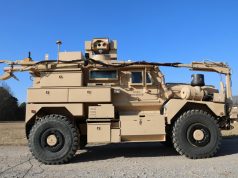