The Royal Navy has completed the first test firings of the upgraded Spearfish heavyweight torpedo during a series of trials in Scotland.

Over four days on special ranges near the Kyle of Lochalsh, the improved weapon was put through its paces, testing both software and hardware enhancements.

Spearfish has been the Silent Service’s weapon of choice since the early 1990s, though it has never been fired in anger.

The tests represent a milestone in the Royal Navy’s £270 million (approx. US$346.8m) investment in Spearfish upgrades. These include fitting a new warhead, new, safer fuel system, an enhanced electronic ‘brain’ and a new fiber-optic guidance link with its parent submarine to improve its accuracy and lethality.

A team of around 100 engineers and experts from BAE Systems in Portsmouth have spent nearly six years working on the improved torpedo, which will be introduced to front-line hunter-killer and nuclear-deterrent submarines over the next three years – and in service into the 2050s. The upgraded weapon will be re-programmable “through the skin,” according to BAE Systems, to incorporate latest developments in sonar technology and to take account of intelligence on the evolving threat characteristics.

A final trial of Spearfish will take place later in 2020 before the weapon is declared operational and begins being delivered to the submarine fleet. 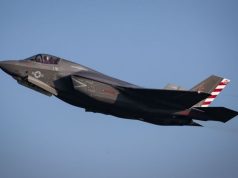 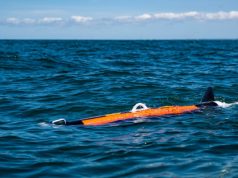 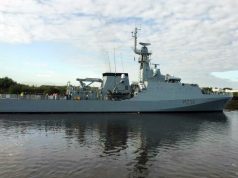