The US Navy will hold a commissioning ceremony for the Arleigh Burke-class guided-missile destroyer USS Delbert D. Black (DDG 119) during a ceremony on September 26, in Port Canaveral, Florida.

Due to public health and safety concerns related to the novel coronavirus (COVID-19) pandemic, the commissioning will be a private event, rather than the traditional public commissioning ceremony.

USS Delbert D. Black is named for the first Master Chief Petty Officer of the Navy, the highest possible enlisted rank and the enlisted representative to the Chief of Naval Operations. Established by the Navy in 1967, Black oversaw the establishment of the senior enlisted advisor position, which eventually became known as Command Master Chief. Black was the first Navy enlisted man to receive the Distinguished Service Medal.

“Commissioning a ship after the first Master Chief Petty Officer of the Navy is an honor without equal. The Navy has always been and will always be indelibly influenced by the leadership of our senior enlisted sailors epitomized by Delbert Black,” said Secretary of the Navy Kenneth J. Braithwaite.

Built by Huntington Ingalls Industries in Pascagoula, Mississippi, Delbert D. Black is the 68th Arleigh Burke-class guided missile destroyer to be delivered to the Navy and the first to bear his name. It is also the fourth Flight IIA: Technology Insertion destroyer, which means it is borrowing technologies from the Flight III ships that will have design changes to accommodate more capable radars and other technologies relevant for their ballistic missile defense role. 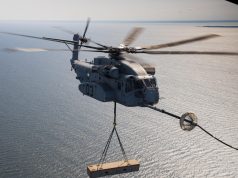 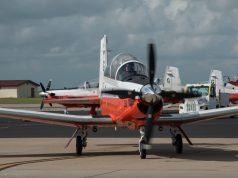