The Australian defense ministry has officially confirmed its participation in the India-hosted multi-national exercise Malabar 2020.

The exercise, which begins in November 2020, will bring together India, Australia, the US and Japan for maneuvers in the Bay of Bengal and the Arabian Sea.

The Australian government confirmed its participation shortly after the Indian defense ministry announced its decision to invite Australia to the maneuver. The decision has been a long-anticipated one as India has been engaged in a border standoff with China in Ladakh. Australia’s participation in the exercise was seen as a potential disruption in talks between India and China.

India, Australia, the US and Japan have been increasing their cooperation on Indo-Pacific matters as part re-launched “Quad” security dialogue since 2017. However, including Australia into the long-standing naval exercise is being interpreted as giving the Quad a sharper tone.

This year’s edition of Malabar marks an Australian return to the exercise following a 13-year hiatus.

“Exercise Malabar also showcases the deep trust between four major Indo-Pacific democracies and their shared will to work together on common security interests.”

“It will bolster the ability of India, Australia, Japan and the United States to work together to uphold peace and stability across our region.”

Malabar is a yearly exercise between the Indian and US Navy which has been going on since 1992. Japan joined the naval maneuver in 2015. 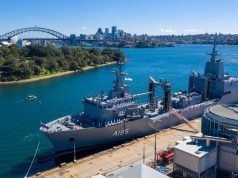 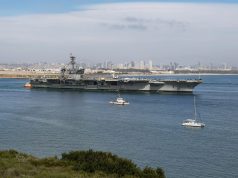 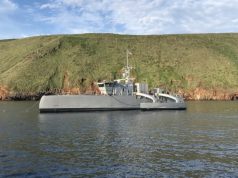