The two aircraft undertook seven refueling flights from September 22 to October 1, with the KC-30A leaving its home base of RAAF Amberley and meeting up with the P-8A Poseidon from RAAF Base Edinburgh’s No. 92 Wing.

Using the 11-meter advanced refueling boom system mounted on the KC-30A, the refueling contact between the two aircraft was made in the designated training airspace off the coast of Queensland.

Captain of the P-8A Poseidon Squadron Leader Chris Godfrey said extensive planning was the key to the success of the missions.

“The execution of air-to-air refueling requires extensive planning and training in both the simulator and airborne environment,” Squadron Leader Godfrey said.

“This included rigorous training scenarios to ensure we were ready for the demanding aerial refuelling flights.”

During the refueling missions, crews of both aircraft had to ensure the connections between the aircraft were precise to allow for the transfer of fuel.

To further enhance the training outcomes of the mission, an Air Combat Group AAA Learjet acted as the photographic chase aircraft capturing the event.

Australia will operate a fleet of 12 submarine-hunting aircraft, after receiving the final airframe from Boeing in December last year. The P-8A Poseidon and the MQ-4C Triton unmanned aircraft systems (UAS), are replacing the AP-3C Orion aircraft. 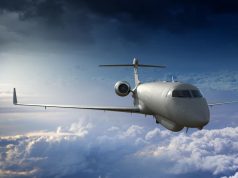 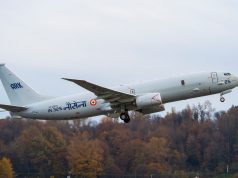 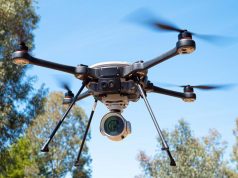