A Royal Australian Air Force E-7A Wedgetail aircraft has returned to Australia following a year-long deployment to the Middle East with a new record under its wings.

The aircraft has been operating in the Middle East region (MER) with Australia’s Air Task Group 630, performing airborne command and control as part of operation Okra.

Operation Okra is the Australian Defence Force’s contribution to the United States-led global Coalition to combat the Daesh terrorist threat in Iraq.

Australia’s support to Iraq comes at the request of the Iraqi government and is closely coordinated with a coalition of international partners.

During operations, the Wedgetail achieved a significant milestone in the life of the platform with a mission sortie of 17.3 hours flown – the longest flight recorded from a Boeing 737 airframe, according to the Australian defense department.

Based on a Boeing 737-700, the E-7A Wedgetail combines long-range surveillance radar, secondary radar, passive detection surveillance receivers and tactical/strategic voice and data communications systems. This provides the ADF with its ability to survey, command, control and coordinate a joint air, sea and land battle in real time.

Over the course of the operational commitment, all six No. 2 Squadron E-7A Wedgetail’s have been rotated in to supporting operations in the MER since the start of operations in September 2014. The support has been significant with more than 550 missions flown over the period – equating to over 6900 flying hours.

“The ability of the E-7A to integrate and perform with excellence in support of coalition forces demonstrates that Air Force has an advanced, highly capable airborne early warning and control platform with quality people underpinning it, the envy of armed forces worldwide,” Air Commodore Barbara Courtney said. 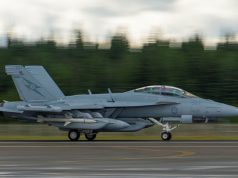 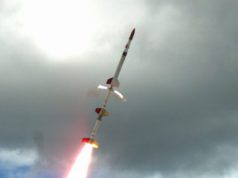