The Australian Army has put its new Boxer Combat Reconnaissance Vehicle (CRV) to the test during exercise Sea Wader.

During the beach trials, a vehicle crew from the 2nd/14th Light Horse Regiment (2/14LHR) deployed to Cowley Beach Training Area, joining an Amphibious Task Group for the test.

Officer Commanding 2/14LHR’s A Squadron Major Ed Keating said he was excited to see the Boxer CRV perform so well on the coastline.

“The vehicle provides a real fighting capability that’s not only going to be the most capable cavalry vehicle in the world, but set the conditions for further modernization projects,” he said.

In the trials, the crew tried to get the vehicle bogged in loose sand, but the Boxer CRV was able to be driven out without aids every time.

“It’s got a lot of power and made short work of the beach, and it wasn’t even being used to its maximum capability,” Major Keating said.

Major Keating said the Boxer CRV was far more advanced and a totally different beast to its ASLAV predecessor, and that vehicle crews were learning how to adapt their existing knowledge.

“It’s certainly not an ASLAV. It’s a completely different vehicle with different capabilities, and the crews need to learn how to use the Boxer CRV to firstly achieve what they could with the ASLAV, then go beyond that,” he said.

The beach trials took place a little over a month after army personnel started training with the vehicle at Green Bank Training Area. Australia is buying a total of 211 new Boxer 8×8 CRVs from German defense contractor Rheinmetall. The Boxer will replace light armored vehicles currently in service.

Major Keating said he was confident in the Boxer CRV’s ability to deploy anywhere and for any reason, be it humanitarian and disaster relief as the high-risk weather season approaches, or combat operations as required by the government. 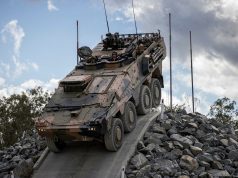 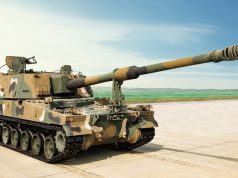 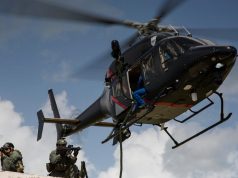