The Royal Navy’s first Queen Elizabeth-class aircraft carrier will lead a task group to Japanese waters as part of its maiden deployment next year, according to local reports in Japan.

The fact that the highly-anticipated deployment would also include operations in the Indian Ocean and East Asia is not new, but represents further affirmation of the UK resolve to operate in the region where China is exercising growing assertiveness.

Reports from earlier this year said the UK also considered the possibility of basing one of its two QE-class aircraft carriers in the region. This was not welcomed by China, whose ambassador to London said that would be a “very dangerous move.”

In a report on Saturday, Japan’s Kyodo News said HMS Queen Elizabeth would join the US and Japan for exercises off the Nansei Islands chain in southwestern Japan.

Citing anonymous sources, the report further stated that the UK plans to carry out maintenance work on its F-35B short take-off and vertical landing fighter jets that operate from the aircraft carrier. This work would be carried out by Mitsubishi Heavy Industries.

HMS Queen Elizabeth is slowly gearing up for the maiden deployment after entering service in 2017. The aircraft carrier will be joined by ships from other nations, and operate US Marine Corps F-35B aircraft alongside its own. The Dutch Navy was the first to confirm it would deploy an air-defense frigate with the carrier.

A major rehearsal for the deployment took place in October this year when nine ships, 15 fighter jets, 11 helicopters and 3,000 personnel from the UK, US and the Netherlands exercised in the North Sea. What is more, ten F-35B fighters from the US Marine Corps’ V Marine Fighter Attack (VMFA) – 211 Squadron spent nearly two months in the UK in September and October this year in preparation for next year. 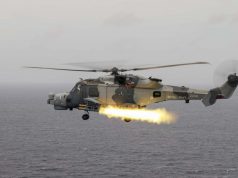 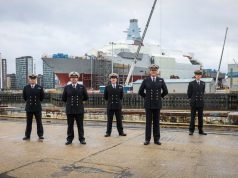