US Navy’s Ohio-class guided-missile submarine USS Georgia (SSGN 729) has completed her first port visit during her stay in the Persian Gulf.

The sustainment and logistics port visit in Manama, Bahrain, was completed on December 27 and marked the submarine’s first port visit while operating in the region.

Georgia’s operation is the first time in eight years that the navy has disclosed the operation of an Ohio-class submarine in the Persian Gulf. The last such confirmed operation was carried out by USS Florida in 2012.

On her visit to Bahrain, USS Georgia was escorted by Mark VI class patrol boat that is operating out of Naval Support Activity Bahrain, a US Navy forward-operating base that houses the US Naval Forces Central Command (CENTCOM) and the US Fifth Fleet.

“The crew of Georgia worked very hard in 2020 to return to operational service then deliver forward-deployed, combat ready presence to 5th Fleet. Visiting Bahrain gave the crew some well-deserved rest while continuing to demonstrate our commitment to our regional partners and maritime security,” said Capt. Rob Peters, commanding officer of Georgia.

USS Georgia’s last post visit to Bahrain was in 2009.

“USS Georgia has been on scene and unseen in theater for many months. She enjoyed a much deserved port visit hosted by one of our Gulf state partners,” said Capt. Tim Poe, chief of staff for Commander, Task Force 54. 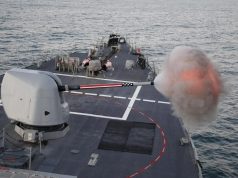 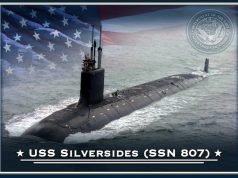