Two US airstrikes carried out by the US military on January 31 killed at least three and injured one al-Shabaab militant in Somalia on January 1.

US Africa Command said it worked with the Somalian government to target al-Shabaab compounds in the vicinity of Qunyo Barrow, Somalia.

The command’s initial assessment is that no civilians were injured or killed as a result of this operation.

“This action clearly demonstrates our continuing commitment to Somalia and our regional partners,” said US Army Maj. Gen. Joel Tyler, director of operations for US Africa Command. “We retain the means and the will to strike the al-Shabaab terrorist network when necessary to protect the region and ultimately, our own nation.”

The airstrikes in Somalia took place as AFRICOM is repositioning its forces stationed in Somalia to elsewhere in East Africa. Pentagon stressed earlier it would carry out the operation while maintaining pressure on violent extremist organizations in the region.

“Al-Shabaab remains a threat to Somalia’s future and US interests, and we will continue to disrupt their efforts to terrorize innocents,” said US Air Force Maj. Gen. Dagvin Anderson, Joint Task Force-Quartz commander. “Our strikes help keep these terrorists off balance to help our partners then address deeper problems such as governance and development.”

A day after the US airstrike, a suicide bombing near the Somali capital Mogadishu killed five people. The al-Qaida-linked al-Shabaab claimed responsibility. 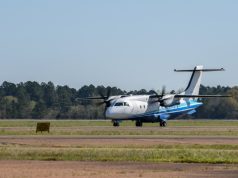