The ship arrived in Australia from Spain, where it was built by Spanish shipbuilder Navantia, in October last year. Supply was launched in Ferrol, Spain, in November 2018, after Australia placed a two-ship contract with the shipbuilder in May 2016.

“Despite the impacts of COVID-19, the Australian Government has worked with the prime and sub-contractors to innovate and implement solutions to deliver the Royal Australian Navy’s first Supply-class vessel Nuship Supply, based on the Spanish Cantabria design,” Australian defense minister Linda Reynolds said.

“Australian industry benefited with more than $130 million spent on engagement of local industry partners to support the ship’s fit out in Australia.”

With Australia’s current replenishment capability reaching its end of life in 2021, Supply will be the first AOR to replace the retired HMAS Success and bridge navy’s current capability gap. Stalwart, the second Supply-class ship is expected to enter service in late 2021.

In addition to replenishment, the vessels can be used to combat against environmental pollution at sea, provide logistics support for the armed forces, and to support humanitarian and disaster relief (HADR) operations following a natural disaster.

Supply is expected to sail into her homeport of Sydney next week. 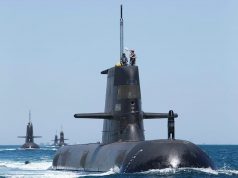 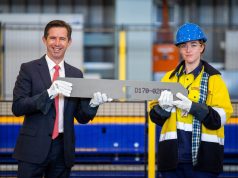 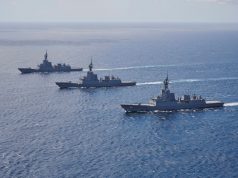 All 3 Australian air warfare destroyers train together for first time