Italian shipbuilder Fincantieri announced on February 26 the signing of a 1.35 billion euro deal for the delivery of the first two U212 NFS (Near Future Submarines) to the Italian Navy.

Type U212 NFS is an evolution of the first four Type 212 air-independent propulsion (AIP) submarines that were delivered in cooperation with Germany’s thyssenkrupp Marine Systems (TKMS) between 2006 and 2017.

Germany is also operating six units of the same class.

While the submarines will be delivered by Fincantieri as prime contractor, TKMS will also be involved in the construction, delivering parts from its Kiel shipyard. More specifically, TKMS will build the bow sections of the boats, fuel cell systems, and other small components.

According to Fincantieri, the first two subs are scheduled for delivery in 2027 and 2029, in time to replace the four Sauro-class submarines whose operational operational lifetime is coming to a close after 40 years of operation.

According to unofficial reports, the new boats will be slightly longer than the 55.9-meter-long Type 212A boats Todaro, Sciré, Romeo Romei and Pietro Venuti. The increased length will provide space for additional fuel cells for extra range and additional space for new electronic warfare systems.

The submarines are also set to incorporate more technology from the Italian defense industry. Italian defense technology company has been awarded a 150 million euro contract to provide a new combat management system (CMS) for the two boats. In addition to the CMS, Leonardo will also provide a simulation and training laboratory at the Italian Navy’s Submarine Centre in Taranto and a package of logistic support including staff training and a set of spare parts.

It is worth noting that in addition to Italy, Norway and Germany are also jointly building additional Type 212 submarine, which are being referred to as Type 212 CD (Common Design). Germany is acquiring two, while Norway is buying four Type 212 CD units to replace its six Ula-class submarines.

“We are going to take a real technological leap forward compared to the submarines of the previous class, starting with the design and the combat system developed along with Leonardo, which we are in charge of integrating on-board,” Fincantieri CEO, Giuseppe Bono, commented.

“This will allow Italy to continue being a main actor among the limited group of countries that can build such advanced units.” US, French, Italian carriers set to drill in the Med as Russian flotilla approaches 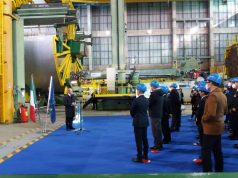 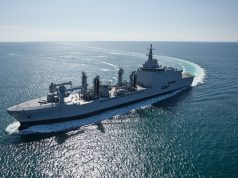