The British Army’s annual Army Warfighting Experiment (AWE) is moving to a multi-year program that will give the industry longer engagement opportunities for more thorough collaboration with the service.

The army hopes the enhanced program will facilitate solutions to improve robotic and unmanned systems and manned/unmanned teaming capabilities.

The AWE has run annually since 2017 and was preceded by the Urban Experiment (URBEX) Series. It provides the British Army with a regular event through which they can engage and collaborate with industry partners, exploring and testing emerging technologies to inform investment decisions and find capabilities suitable for rapid exploitation.

Since 2017 the experiments have focused on developing increasingly capable human-machine teams (HMT). By pairing soldiers with AI-enabled machines, the army is using HMT to enhance the understanding, reach and endurance of its forces.

These real-world demonstrations have helped accelerate several unmanned air and ground systems, such as the robotic platoon vehicles and nano-UAS. The next 3 years of AWE will focus on integrating more capable systems in a demanding urban setting.

Establishing the AWE as a long term program will allow industry partners to offer ideas to resolve issues the British Army is facing and then work with British Army, Defence Science and Technology Laboratories (Dstl) and Defence Equipment and Support (DE&S) specialists to develop solutions which become viable products in a shorter period.

Welcoming the new AWE program, Lieutenant General Chris Tickell, Deputy Chief of the General Staff (DCGS) said: “This conference is taking place at a critical and exciting time for the Army.

“Through events such as this one, together, we have been able to achieve the UK’s first airborne manned/unmanned team, and the first integration of unmanned aerial systems (UAS) into a helicopter’s mission system.”

“We also built and deployed an experimental digital backbone which remains in place for future experimentation, thus closing the gap between our current and future capabilities.

AWE and other experimentation projects for prototype warfare are part of the innovative approach of the future army. A new Land Industrial Strategy will also reset the army’s relationship with industry and target increased exports and UK jobs. 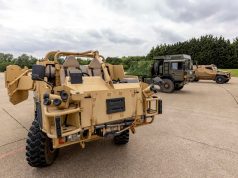 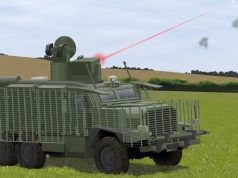 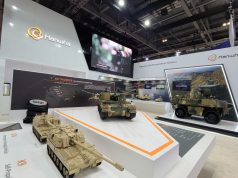