One of the brand new Pantsir S1 air-defense systems Serbia received from Russia last year overturned on a highway near Belgrade on April 9.

The country’s defense ministry said the vehicle was en route to the Pasuljanske livade training range at the time of the accident. One soldier was lightly injured in the overturning, the ministry said without providing further details.

According to unconfirmed local reports, a missile – likely the 57E6-E surface-to-air missile if confirmed – “fell out of the vehicle.”

According to photos that appeared online following the accident, the Pantsir S1 doesn’t appear to have been involved in a collision, but tipped over in a turn or due to high speed, or a combination of both.

This would not be an unprecedented occurrence as the S1 is believed to be top-heavy for its KamAZ-6560 chassis. In March 2019, a Russian Pantsir S1 was involved in a similar accident, but sustained more damages than Serbian one, according to photos.

Serbia received the first of six Pantsir S1 systems from Russia in February 2020, despite warnings by the US that such an acquisition could pose a risk of sanctions. 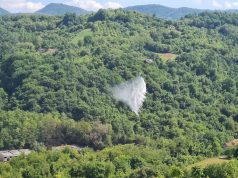 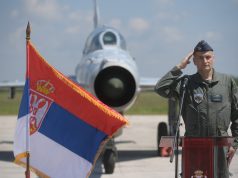 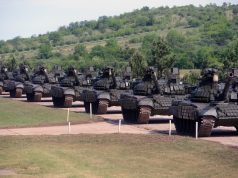