The US Coast Guard has modified its contract with Eastern Shipbuilding Group (ESG) to allow the company to start construction of the third offshore patrol cutter (OPC) and to acquire long lead-time material for the fourth ship.

Contract delivery of the third OPC, to be named Ingham, is scheduled to occur in 2024. Total value of this contracting action is $356.5 million.

The contract modification follows another one from April 2020, when the service funded the build of the second unit and long-lead material for the third OPC.

In addition to ordering the construction and supporting deliverables for the third OPC, the contract from April 29, 2021, covers the initial order of long lead-time components and materials necessary to support the future construction of the fourth OPC by acquiring propeller and steering components, marine diesel engines, the ship integrated control system, switchboards and generators.

As Eastern Shipbuilding is slowly recovering its shipbuilding capacities following the devastating 2018 hurricane Michael, the US Coast Guard has opened the OPC program to more shipbuilders. In the aftermath of the hurricane, the service was forced to modify its contract to limit ESG’s current production to a maximum of four OPCs.

In February this year, the service issued a request for proposal (RFP) for the detail design and production of up to 11 offshore patrol cutters (OPCs). It expects to award a follow-on contract in early 2022.

The acquisition of up to 25 OPCs, which will also be known as the Heritage-class, will complement the capabilities of the service’s national security cutters, fast response cutters and polar security cutters. 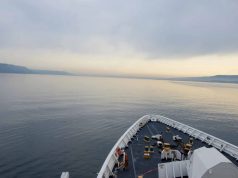 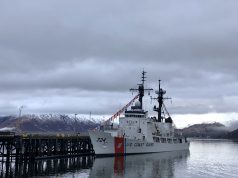 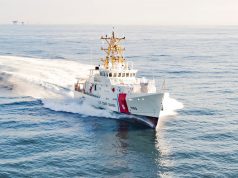