The Italian Air Force has partnered with the US government and General Atomics Aeronautical Systems (GA-ASI) for the mid-life update of its fleet of MQ-9 remotely piloted aircraft (RPA) and ground control stations (GCS).

The Italian Air Force’s mid-life modernization (MLM) program will include updates to the MQ-9s which will improve them from Block 1 to Block 5 configuration.

“The Italian Air Force has long been a leader in the utilization of MQ-9 RPA to support a wide range of Intelligence, Surveillance, and Reconnaissance (ISR) missions in Italy, over the Mediterranean, and in support of NATO operations,” said GA-ASI European regional vice president, Scott Smith. “These enhancements give Italian forces the ability to see better and more clearly than ever with their MQ-9 RPAs and we’re proud to work with the ItAF to update their existing fleet.”

Earlier this week, the US State Department also approved the sale of contractor logistics support (CLS) for MQ-9A Block 5 RPAS flown by the Spanish Air Force. The program has a total estimated cost of $110 million. Spain received the final of four MQ-9As in December 2020. 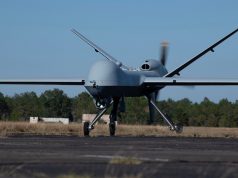 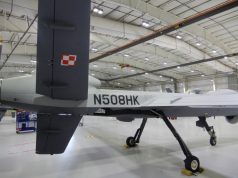 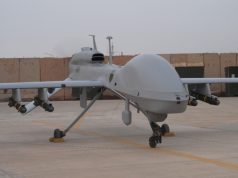