The Lockheed Martin-built satellite was carried to orbit aboard a Space Exploration Technologies Corporation (SpaceX) Falcon 9 launch vehicle, previously used in a GPS launch last November, marking the first National Security Space Launch to use a reusable booster. The GPSIII reuse/recovery missions are saving the government a total of $64.5 million.

“The launch of GPS III SV05 is a testament to SMC’s ability to rapidly and safely deliver new capabilities on orbit. This successful launch occurred just seven months after SV04 and the team worked concurrent operations between both SVs during the dynamic situation presented by COVID-19,” said Mr. Cordell DeLaPena, Jr., USSF program executive officer for SMC’s Space Production Corps. “At SMC, we are proud to deliver our fifth GPS III satellite and will continue to operate at an accelerated pace to meet the demands of our users.”

M-Code in the newest generation of GPS satellites, brings new capabilities to users, delivering positioning, navigation and timing (PNT) information with three times the accuracy and up to eight times the anti-jamming capability than its predecessor. SV05 augments a GPS III constellation that broadcasts a new civilian signal called L1C, which is easier to acquire, allows for ionospheric corrections, and improves reception in cities and remote areas.

“This inaugural flight demonstrates the power of applying the Government’s proven Mission Assurance process with industry’s innovative launch systems,” said Col. Robert Bongiovi, SMC Launch Enterprise director. “I couldn’t be more proud of how our SMC team and industry partners continue to innovate with every launch.”

GPS III SV05 separated from its upper stage approximately 90 minutes after launch. Engineers and operators at Lockheed Martin’s Waterton Facility will now begin on-orbit checkout and tests, which are estimated to complete in approximately two weeks. Operational use is expected to begin in a few months. 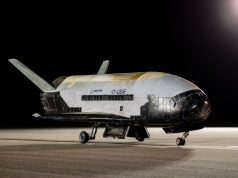 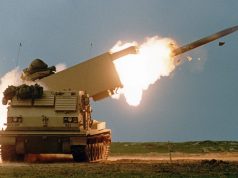