The US Marine Corps has selected Textron Systems and General Dynamics Land Systems to proceed to the next phase of the service’s Advanced Reconnaissance Vehicle program.

According to an announcement from the service, the agreements are a pre-award and pave the way for negotiations for other transaction agreement awards of ARV prototypes.

Textron managed to proceed to the prototype phase despite not being part of the program to replace the Light Armored Vehicle (LAV) currently in service from the onset. The company only revealed its bid for the ARV effort in April this year.

SAIC, which received funds for full-system concept/trade studies in 2018 and funds for demonstration vehicles a year later, was not selected for the program’s prototype phase.

ARV is part of the Fleet Marine Force modernization initiative, and will host a suite of C4 equipment, sensors, and operate both tethered and untethered UAS.

The ARV C4/UAS will employ a mix of reconnaissance, surveillance, target acquisition, and C4 systems to sense and communicate. These systems will enable ARV to serve as the manned hub of a manned/unmanned team and deliver next-generation, multi-domain, mobile reconnaissance capabilities.

The Marine Corps is working to validate the ARV requirement to serve as a mobile protected hub of manned capability with the C4 to effectively operate robotic autonomous systems-enabled teams through a competitive prototyping effort with multiple industry partners.

According to the service, the effort gained momentum following an industry engagement held in December 2020. PM LAV solicited proposals for prototypes through the consortium on March 30, 2021. The Marine Corps received responses on May 3 and began evaluations.

ARV prototype deliveries are expected in the first quarter of fiscal year 2023. 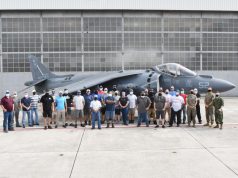 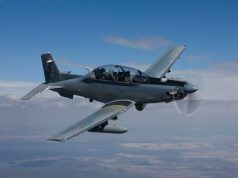